Hello Lovelies! I am so excited to share with you one of the highlights of our recent European trip – a visit to Highclere Castle. I am normally not one to be star-struck, but I can be stricken by historical buildings… like castles and such! They move me – I find them to be extremely romantic. To stand in or near a very old structure, steeped in history, thrills me for some reason. I feel connected to the past in an extraordinary way. 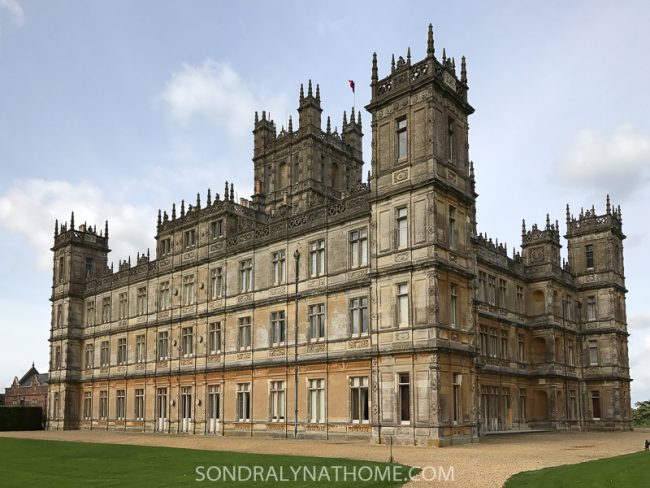 That’s the way it felt to tour Highclere Castle near London. Let me start at the beginning… which was months before we arrived in England.

Getting tickets to Highclere

You may have heard that Highclere tickets are hard to come by – they are. We kept checking the website, and for the longest time there was no information about tours for the fall. We pretty much gave up hope of seeing Highclere in October. But we kept checking! And one day back in the summer, they put 2 fall days on the calendar – October 5 & 6! We were flying into Heathrow on the morning of the 6th! Did we dare to hope that we might get to see Highclere after all? 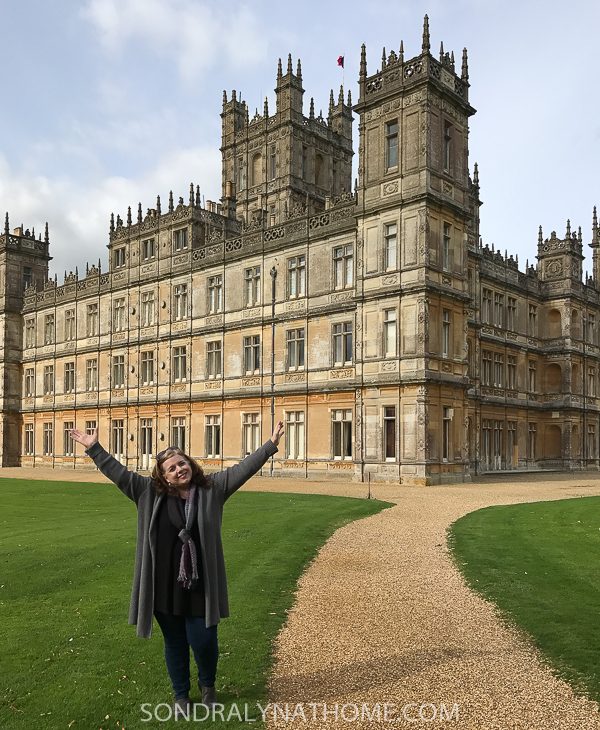 After double-checking our flight times, my daughter and I decided to go ahead and take the gamble. We bought two tickets for October 6th. The tour was to begin at 1:30 with the grounds opening at 1:00. That gave us a few hours after our 8:30 arrival to get our rental car, proceed to our B&B and get to the estate for the tour. Was it a gamble? Maybe, but what’s that old saying? Nothing ventured, nothing gained!

Sure enough, our flight was smooth sailing. No delays, and we landed on time. Of course, nothing is fast at airports except the jets… we still had to get our luggage, pass through customs and pick up our rental car.

After driving to our country inn, Esseborne Manor, which was close to Highclere (and recommended on their website), we found it to be very charming. We had just enough time to freshen up and head to Highclere. By now it was approximately 1:00 pm, UK time, 7 am US central time, and we had been up about 24 hours. But we weren’t even tired… we were too excited!

Getting the tour of Highclere – the REAL Downton Abbey

The castle is not visible from the road until you get right up to the driveway that takes you there. We parked and presented our tickets and began the walk up that familiar path from the show! 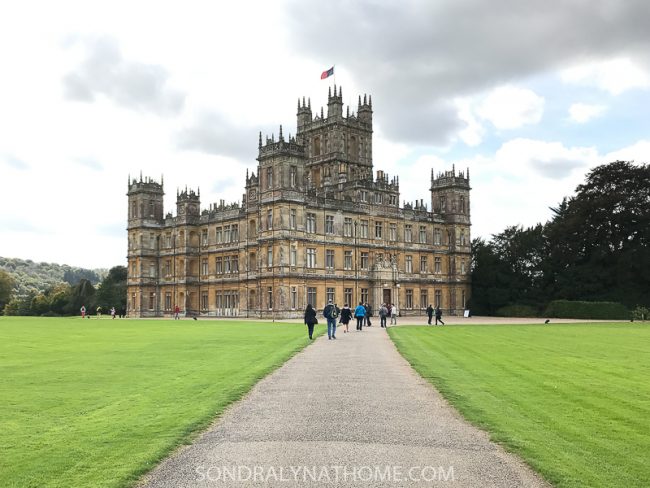 The grounds and gardens were lovely and everything was still so green! We even got to hang out on ‘Mary’s Bench’. 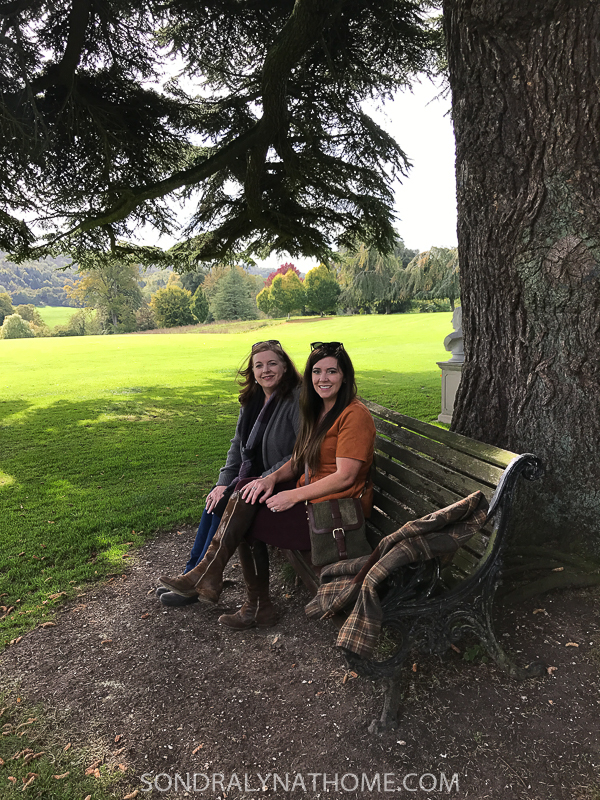 After strolling around the grounds a bit, we made our way to the front door for the tour. Just look at this door! 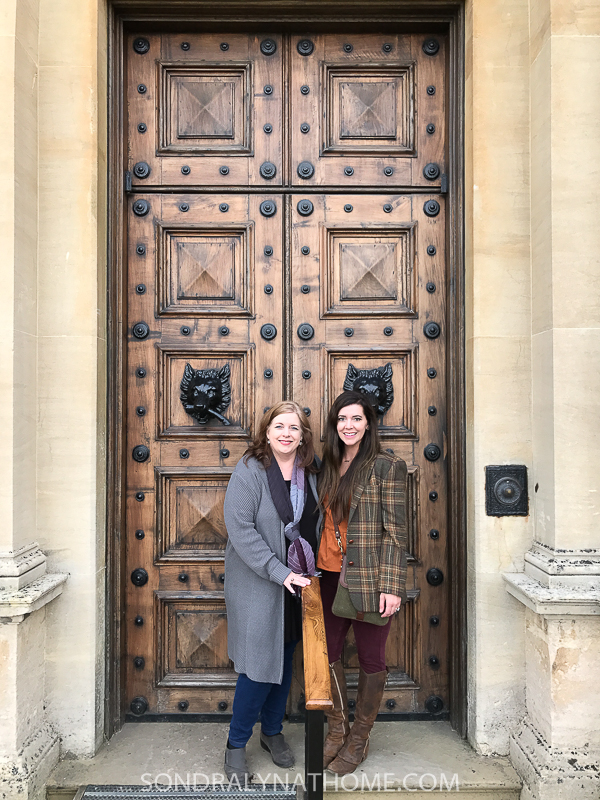 Once inside, we were greeted by none other than Lady Fiona Carnarvon herself! Lady Fiona is the wife of the 8th Earl of Carnarvon. This was an added bonus that we weren’t expecting! She was the most gracious host, giving us a brief history of Highclere, and sharing with us her philosophy on preservation of historic structures. It was amazing to listen to her speak, as she stood on the same staircase that the cast of Downton Abbey had descended many times on the show! The furniture and artwork are all original to the house… few props were used in the filming. No photography is permitted of the interior of the castle, which is common for such a house that is also someone’s home.

Also included in the tour was a visit to The Egyptian Exhibition housed in the cellars of the Castle. Turns out that about 100 years ago, in 1922, the 5th Earl of Carnarvon famously discovered the Tomb of the Egyptian Boy Pharaoh, Tutankhamun! Many of the artifacts uncovered in his archaeological efforts are displayed in this special exhibition at Highclere.

After our tour of the inside of the house, we were invited to afternoon tea at the Coach House located on the property. Here we enjoyed quite an array of finger sandwiches, pastries and sweets, as well as tea and coffee. Lady Carnarvon even joined in! 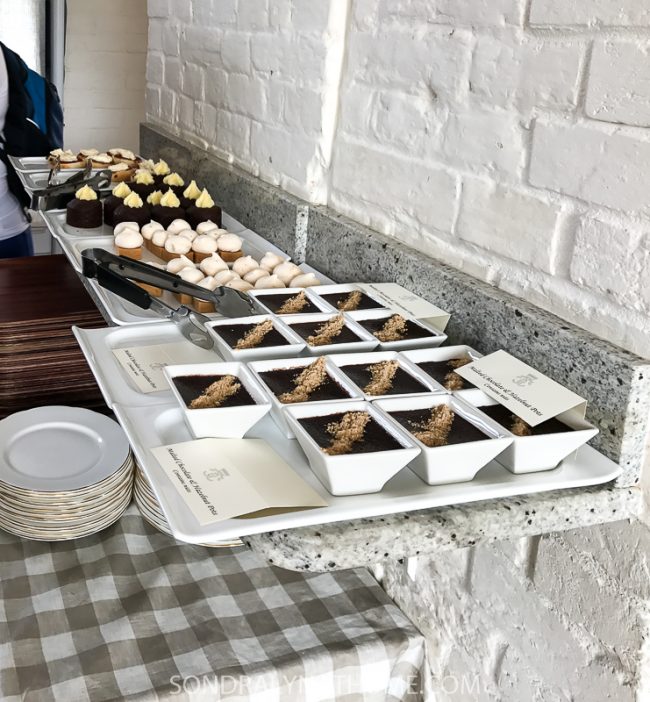 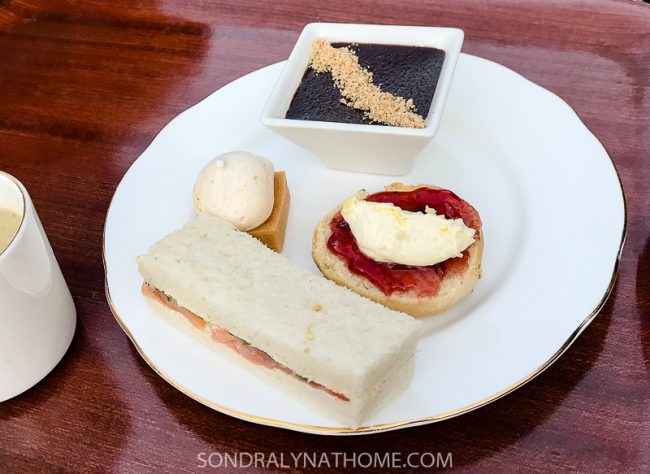 Next to the Coach House was the Gift Shop. My daughter and I perused the gift shop, finding several beautiful mementos of our visit to the REAL Downton Abbey. 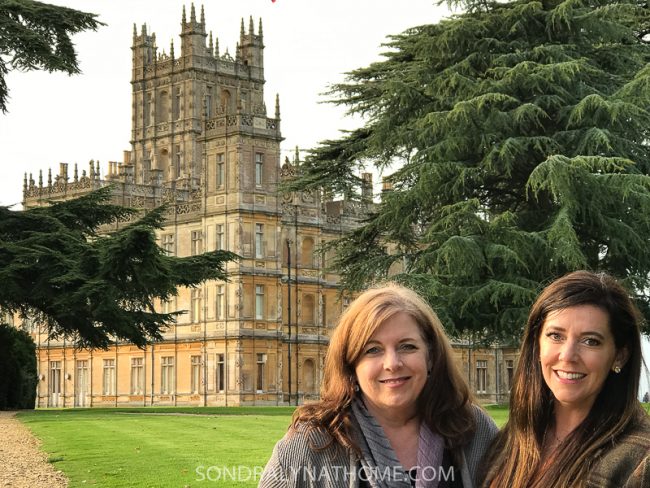 We truly started our trip out with a bang by visiting this spectacular castle and TV show location. Oh, and Lady Carnarvon hinted that a Downton Abbey movie ‘might be’ in the works!

If you ever have the opportunity to visit Highclere, you will not regret it! 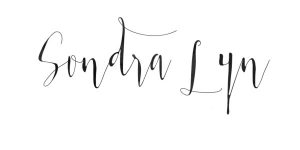 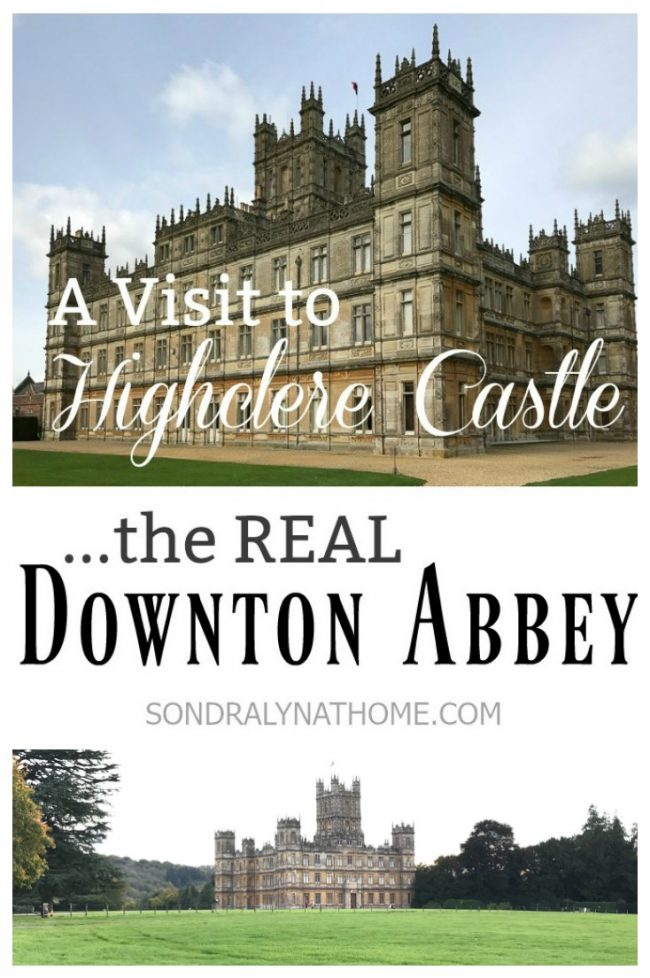