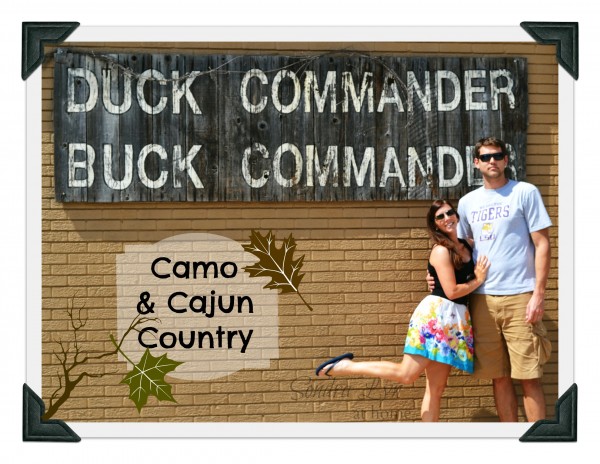 I know you are probably expecting an awesome tutorial about some fabulous decorating idea, but today I have a fun experience to write about! Last weekend we went to visit some of our son-in-love’s family in Louisiana. Of course, the highlight of the trip was seeing those loved ones (including 4 precious kiddos ages 7 and under!), but we also had some fun along the way!!

On our way there we stopped halfway for the night, and our son-in-love said, ‘When we leave tomorrow, is it OK if we take a short side trip when we get started in the morning’? We just said ‘Sure, whatever you need to do’… and he said ‘Well, it just so happens that we are going right by West Monroe, Louisiana, and you know what is filmed there, don’t you’? My daughter and I both gasped at the same moment!

Now, we don’t think of ourselves as rednecks, mind you, but we do enjoy the show Duck Dynasty! There are some terribly funny moments every week on the show featuring the Robertson family.

As we were walking up to the building, our son-in-law hopped up on the dock outside the warehouse and made himself at home! I think he’s probably waiting for Willie and Jase to show up! 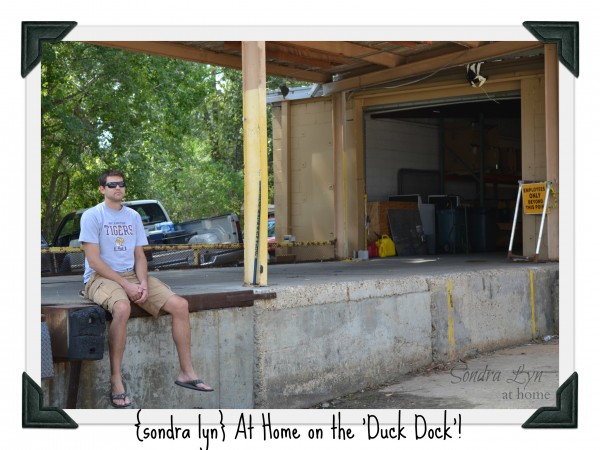 And our daughter even looks like she’s sporting some facial hair! Look closely… even in her cute skirt, she blends in (it’s the camo)! 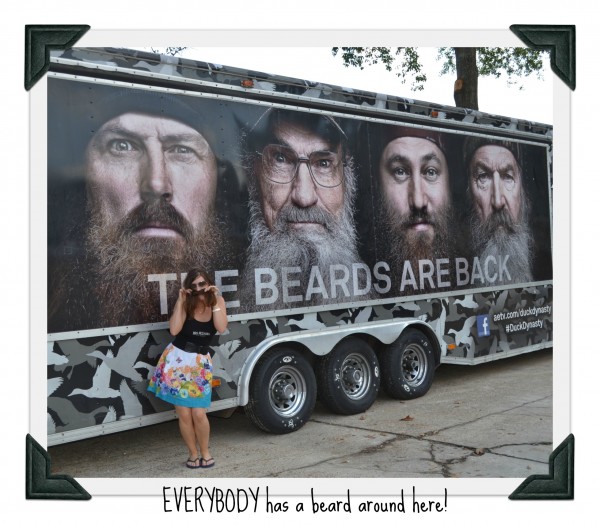 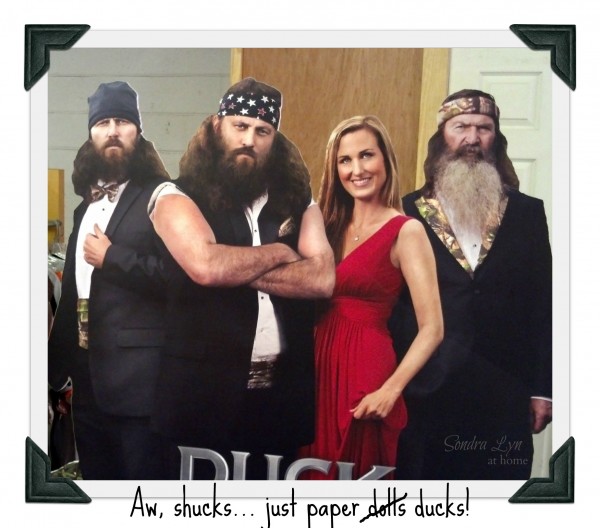 Their building looks just like it does on the show and we were able to get some great photos in front of signs, etc. (As Si would say), ‘Hey, Jack’… I know this isn’t the greatest travel destination in the world but, (as Phil would say) it made us ‘Happy, Happy, HAPPY’! 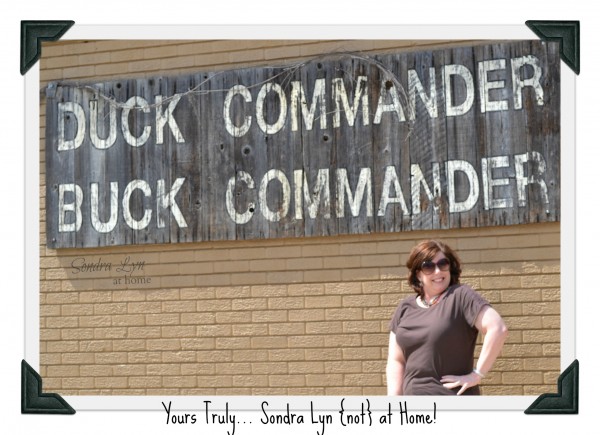 We also drove through Mississippi, and got a good look at the mighty Mississippi River! I love visiting the Delta and seeing the occasional riverboat or barge floating lazily down the river! It is so easy to use your imagination to transport you to a bygone era. Part of our route took us along the Natchez Trace Parkway, and we tooled around Natchez for awhile, asked some locals where to eat, and stopped in at the Magnolia Grill. OK, can I just say it was quintessentially southern… and quite delish!! Just take a look at the dish below… 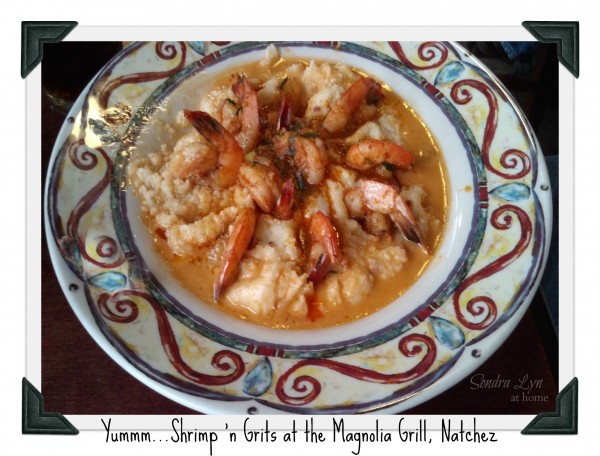 and this was the view from our table… spectacular!! 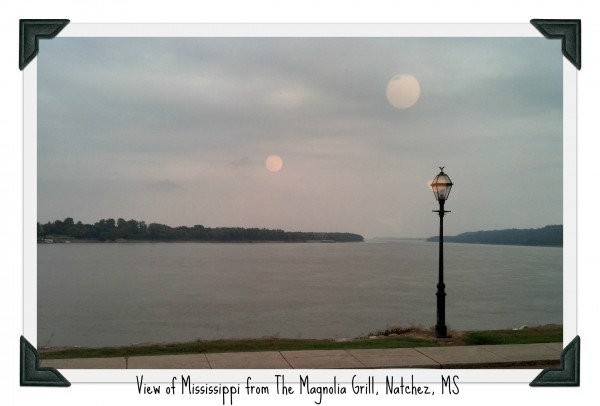 It looks like there are 2 moons in the photo above, doesn’t it? But that’s actually a reflection of the globe light fixtures on the ceiling of the enclosed veranda where our table was!

And get a load of this house that was near the restaurant… now that’s HOUSE BLING if I’ve ever seen it!! 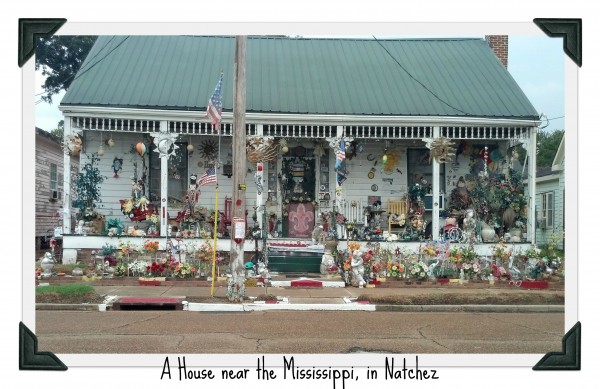 And speaking of riverboats, this one was docked very near the restaurant in Natchez:

Well, that wraps up our Cajun-Delta-Camo Tour! We had a great time, and even this little guy approved… 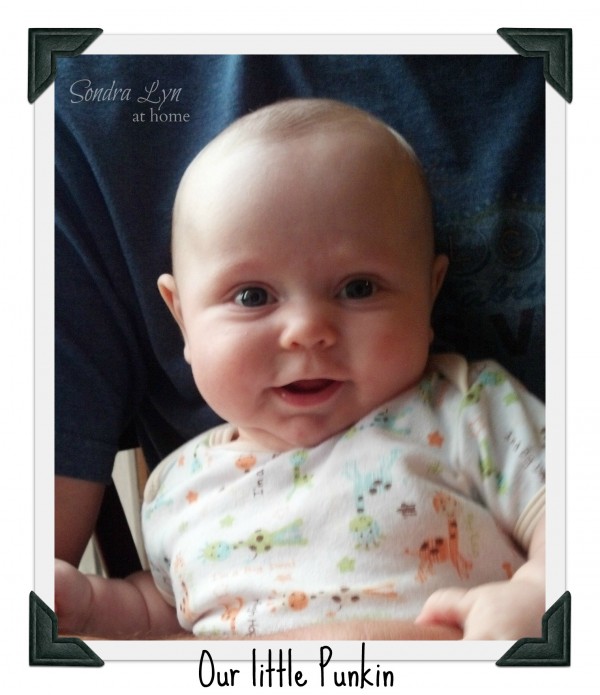 Where have you visited lately? Have you taken a riverboat cruise??

Have a wonderful day,