My Gluten Free Life - The Beginning - Sondra Lyn at Home

When I tell people today that I must consume a ‘gluten-free’ diet, most of them have at least heard that phrase. This wasn’t the case more than a decade ago when I first discovered that I had something called ‘Celiac Disease’. For years I had struggled with various symptoms. Some were gastrointestinal, some systemic. I knew I didn’t feel well much of the time, I just didn’t know why.

One Sunday afternoon, I was compelled to get on the internet and search, as I had many times before, for what might be the cause of my symptoms. This time was different, because the list that came up included celiac disease. I had never seen this phrase before, so I clicked on it. The more I read, the more I came to believe that’s what I had. I printed out the symptoms, took the page to my doctor and asked what she thought. Her reply was, ‘I think we need to get you tested’!

Tests confirmed that because of the protein in wheat, my own immune system was attacking the villi in my small intestine, wreaking havoc in my entire body. When celiac disease goes undiagnosed, all kinds of things can go wrong! I did have stomach and digestive issues, but, because of malabsorption of food, it affected other systems as well. Among them: my hair was falling out in clumps, I suffered from depression and my skin was abnormally dry. My stomach was upset most of the time, and I often felt like I had ‘butterfies’ in my stomach… even when nothing was going on to cause it. 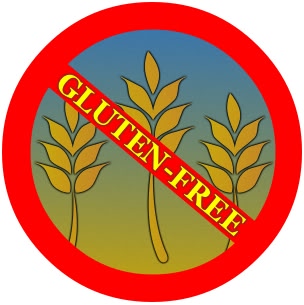 Well! Can I just tell you?? I now am Gluten-Free and loving it! This condition opened up a whole new world to me. It was very difficult at first… where would I find foods that contained no wheat or gluten at all? I could find some at health food stores, but there was NOT ONE cereal in the cereal aisle at the grocery that I could eat. Gradually, I read books, got online, and felt my way along. I learned so much SO fast!

In the coming days I will share more with you about living Gluten Free, including recipes and tips on making life easier while eating this way.

Cheerio! (oops… no, these aren’t GF either!)