Why the Popularity of Industrial and Vintage Styles? - Sondra Lyn at Home

As a member of the design profession, I have long held a theory about decorating trends; regarding where they’ve been, where they’re going and, perhaps most importantly, WHY they exist! 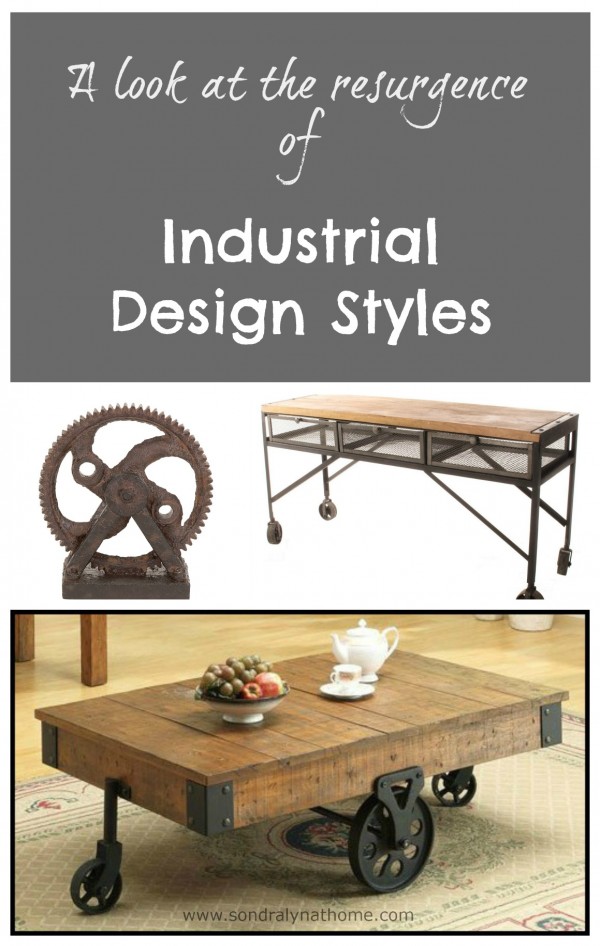 One of the most interesting courses I ever took in school was called ‘The History of Period Styles’. In that class, we examined furniture, in particular, and decorating styles in general. It’s fascinating to think that one can look at a certain piece and ascribe it a given era, based upon the lines and characteristics of the design.

So, in light of this, how and why did the current trend toward industrial design come about? Let’s examine this question, just for kicks!

Here in the United States, the 1990s economic boom proved to be the longest period of economic prosperity in our nation’s history. Many fortunes were made during this decade. The 90’s also saw the advent of the ‘McMansion’ and oppulent décor. Think Donald Trump. 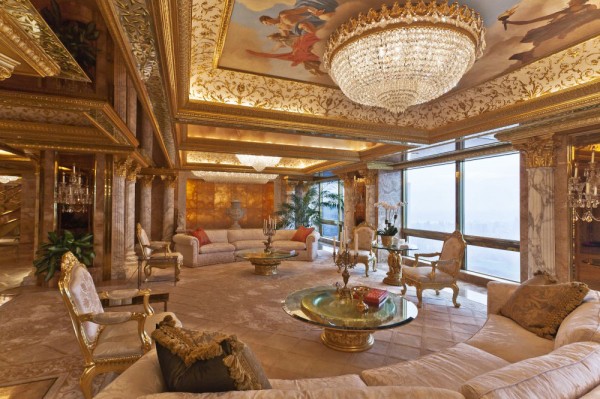 Now, granted, Donald Trump has the means to make opulence stick, but for most Americans a simpler lifestyle is our reality. And yes, even a McMansion pales in comparison to DT’s penthouse! 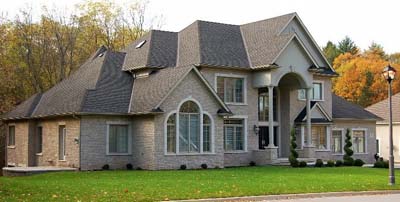 The reality of these times, though, were that many people actually could not afford as much house as they were enticed to purchase, thus causing the housing bubble to burst like an over-filled waterballoon. 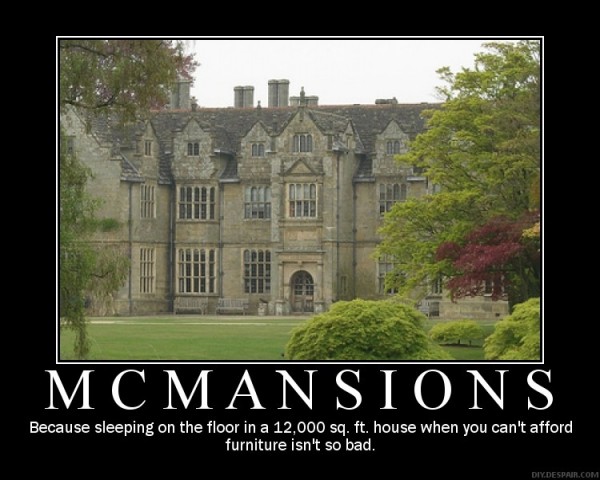 “They (McMansions) tempt those with lesser means with the opportunity to live a life of glamorized opulence traditionally limited to the rich and famous. Years of record-low interest rates and aggressive marketing of upscale homes encouraged more people than ever before to stake their claim at a supersized version of the American Dream.”
“In summary, McMansions are exorbitantly large, environmentally unfriendly homes which may be falling out of fashion as homeowners and even whole communities strive for energy efficiency.” (Source: http://www.nachi.org/mcmansions-energy-inefficiency.htm)

The rush to buy the bigger house prompted the furniture industry to respond with larger and larger scaled furnishings. People began to furnish their homes with oversized, elaborate furniture. Even many who did not dwell in the big houses were buying into the trend. How many of us can remember either living in one or having a friend or relative who lived in a home that was overcrowded with furnishings?

Then came the economic bust. It was already beginning when September 11, 2001 changed the world forever. Those of us who remember it will never forget that day… and the weeks and months to follow. America came to a standstill for 5 days. No planes flew, intrastate commerce was grounded, and businesses closed around the country. The toll that that one event took on our economy is incalculable. 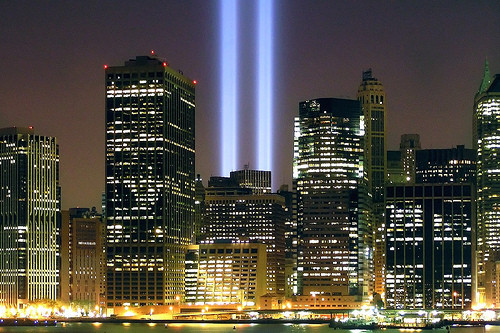 And obviously, one area that took a huge hit was housing. Resale values plummeted and people in severely depressed areas found themselves with more in their homes than they were currently worth. It would remain this way for years, and some say we’ve yet to climb out of the housing recession.

What does any of this have to do with Industrial Design styles, you ask?

I’m getting to that…

Historically, when times are tough, opulence disappears. We saw this happen with homes, with furniture… even with our leisure activities, hence the term ‘staycation’.

Out of this bust of the opulent ‘McMansion’ age came a more utilitarian, minimalistic movement. People who had previously never even been in a thrift store now began shopping for second-hand designer duds. Those who’d never darkened the doors of a dollar store began popping in for their daily essentials.

We also longed for simpler times, when living was slower… the so-called ‘good ole days’. This translated into a sudden love and value of all things vintage… harkening back to days when people knew all their neighbors and no one felt the need to lock their doors at night. We are comforted by the reminders that times such as these once were. 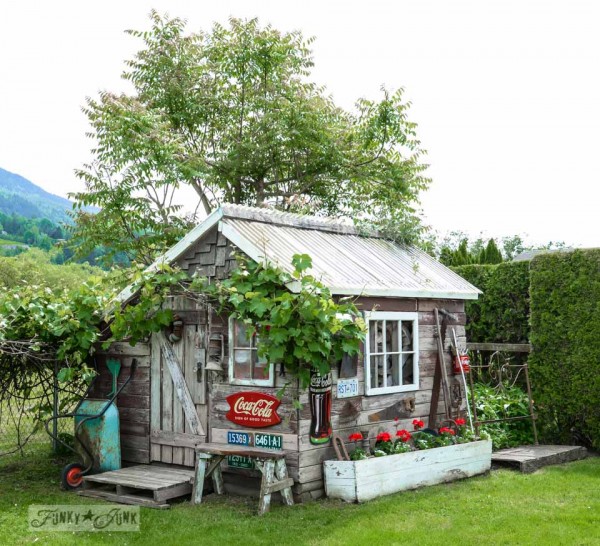 Industrial-style furniture and art began to appear in high-end stores. You know, the tables made from factory carts, and furniture made with with raw wood tops and iron pipes for legs, wheels and gears, etc. 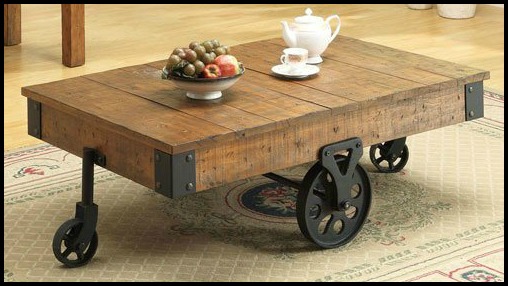 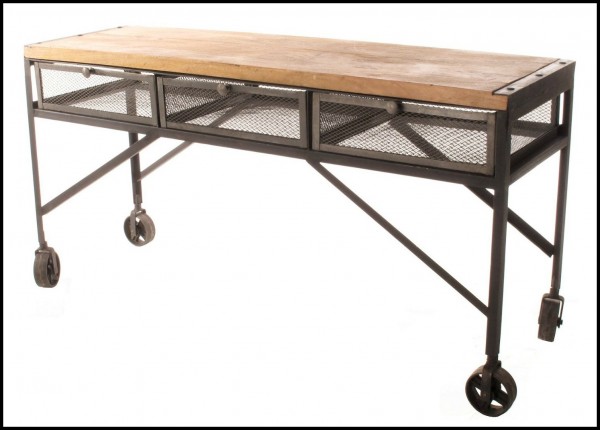 We saw a renewed interest in ‘green’ living: Reducing, Reusing, and Recycling. What some would have called ‘country décor’ in the 80’s is renamed ‘shabby chic’ and ‘vintage’.

The do-it-yourself trend took off. People began to take more control over the things that they can learn to do themselves, and rely less on repairmen and handymen. And DIY enthusiasts started making their own furniture!

Personally, I welcome this return to functionality. I love the industrial and vintage styles and I hope they endure. I never thought it looked quite right to have a gilded Louis XVth piece in a 1600 square foot rancher. Honestly, the spaces that can successfully pull off elaborate, gilded, large-scale furniture pieces are few and far between (again… think Donald Trump!). 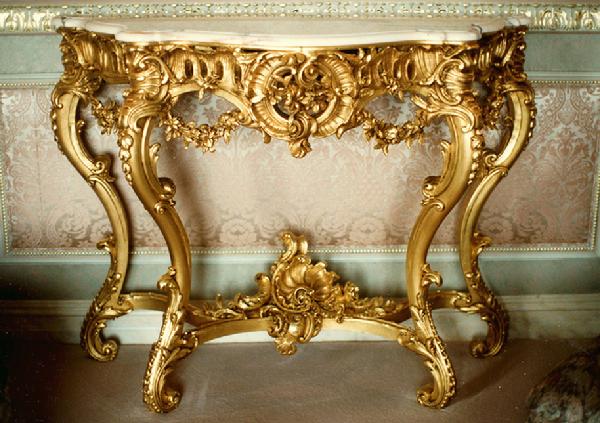 My theory, therefore, is that design trends are closely tied to the economic conditions of society.

Please don’t misunderstand or misread what I am saying here. I am NOT saying that it’s bad to be prosperous or own a large house. If you are privileged to own a large house… how wonderful! There’s nothing wrong with that!

But if you’re living in a small space, don’t pine away the years waiting for your ship to come in. Rejoice in what you have and use the great DIY tutorials out there to redo and reno what you can. Use pieces in unexpected ways. Don’t try to put more in your house than truly belongs. Take advantage of this awesome time when we can turn most any piece of castaway wood into a masterpiece!

Thank you for allowing me to share a few thoughts on the Industrial Design Revolution. What do you say? Do you like industrial pieces? Have you decorated with vintage items in your home?

Have a very industrious day!!